To share your memory on the wall of Catherine Tooley Shepard, sign in using one of the following options:

Provide comfort for the family of Catherine Tooley Shepard with a meaningful gesture of sympathy.

"As you move through this life and this world, you change things slightly. You leave marks behind, however small, and in return, life -- and travel -- leaves marks ... Read More
CATHERINE VIRGINIA TOOLEY SHEPARD
June 22, 1991 - August 16, 2019

"As you move through this life and this world, you change things slightly. You leave marks behind, however small, and in return, life -- and travel -- leaves marks on you. Most of the time, those marks on your body, or on your heart, are beautiful. Often, though, they hurt."

The spirit of Catherine has left the physical temple it lived in here on Earth. All of the many people who were close to her are blessed that her spirit chose us to be with for this short time and in such a beautiful persona. Regretfully, she had to leave to find peace elsewhere. 28 years was not enough time to truly understand and realize the depth of her soul. The ones she left behind know that she cared deeply for us, but wonder if she realized the depth of our love for her.

Catherine had an eclectic group of friends and could connect with anyone she chose to, especially children and the elderly, whom she cared for while employed part-time by Home Instead Senior Care in Missoula, Montana.

From an early age, Catherine set the tone of her life of intelligence, inquisitiveness, strong will, reserve and person-hood. She had fun debating any topic of interest. She was a good and respectful listener, but held strong to her opinions, as they reflected her values (and she had probably taken several hours to research each topic before feeling qualified to discuss it).

Catherine was brilliantly sarcastic, using an intelligence and a quick, dry wit to either entertain or confound the recipients of her humor. We sense that she never knew how lovable or funny she was.

Catherine's ideas were out of the ordinary, and she viewed the world in large, global and universal ways. She was an avid advocate of justice, human rights, and the democratic principles of our nation. Her numerous best friends (the "Sisterhood of the Mother of Finn") are passionate, beautiful, fierce, protective, devoted, adoring, loving, and beloved by Catherine. They cradled her in turbulent times and celebrated with her in happy times, loving her no matter what.

Catherine was the daughter of Oda Sue Tooley and Herbert Warren Shepard. She was born and started school in Billings, Montana. When she was 7, her family moved to Big Timber, Montana where she graduated from Sweet Grass County High School in 2009. Catherine was an exchange student in Bewdley, England, for the first semester of 11th grade. She persevered through many trials, including the death of her father, in order to complete her Bachelor of Science, with honors, in Economics and a minor in Art History from the University of Montana in May 2019. She was immediately granted a fellowship to pursue a Master's degree in economics, also at UM. She died shortly before beginning those studies in August.

Catherine loved Montana, especially the Missoula area, and eventually wanted a global career so she could see the world. She enjoyed the outdoors, studied and created art, played musical instruments, listened to thousands of songs on Spotify and mothered the world's luckiest dog, her beloved Labradoodle, Finn.

Forward Montana, an organization devoted to getting young people involved in politics, provided a perfect work home for Catherine's talents and passion. Starting with supervising door-to-door pollsters, she progressed to become Operations Coordinator. She kept finances in order, did the political filing and was a valuable member of the leadership team.
(See: forwardmontanafoundation.org/goodbye-catherine)

Catherine is survived by her mother, Sue Tooley, her brother Creath Shepard, her uncle and aunt, Chuck and Joanie Tooley, cousins Marni and Jim Edmiston, Deby and Dave Daniels, Larry and Marian Tooley, half-siblings Susan Starcevich, Jim Shepard, Bob Shepard and their children, many other well-loved relations from the Tooley, Wainman, and Shepard families in various parts of the country, the Sisterhood of the Mother of Finn, numerous friends, and her fur-love Finn.

She was predeceased by her father Warren Shepard and grandparents Creath and Cathy Tooley, Mildred Tooley, Virginia Wood, and Herbert Shepard.


In lieu of flowers, donations may be made to Forward Montana, PO Box 2817, Missoula MT 59806, or at forwardmontana.org
Read Less

We encourage you to share your most beloved memories of Catherine here, so that the family and other loved ones can always see it. You can upload cherished photographs, or share your favorite stories, and can even comment on those shared by others.

Please call us when you can 579-8368 sent flowers to the family of Catherine Virginia Tooley Shepard.
Show you care by sending flowers

Posted Sep 05, 2019 at 10:59am
Today I was made aware of this great loss. My heart bleeds sorrow for you and your family. We love you all so very much. The Kittler family

Please call us when you can 579-8368 purchased flowers for the family of Catherine Tooley Shepard. Send Flowers

I would like to express my deepest condolences to Catherine’s family and friends. She was an amazing woman and I feel honored to have had the chance to know her and live with her for a period of time.

As a way to honor her, I have created a team for the Out of Darkness Walk in Missoula on 9/14. I welcome whoever would like to attend to join in this event.

Posted Aug 29, 2019 at 06:35pm
It deeply saddened me to learn that we’d lost Catherine, that her fierce struggle with life was over. She was so smart, articulate, and inquisitive – one of the most gifted students I ever had. I was honored to be her teacher and friend. I was so proud of her when she graduated from UM last May. I was thrilled about the upcoming phase of her life: TAing and pursuing a master’s degree in economics there. As much as I want her still to be here, I also understand her inability to keep going, to keep fighting the good fight. She held on as long as she could, and I’m thankful for the time we shared.

As I was thinking of Catherine the other night, the words of an old song about Vincent van Gogh came to mind:

“And when no hope was left in sight,
On that starry, starry night,
You took your life, as lovers often do.
But I could have told you, Vincent,
This world was never meant for one
As beautiful as you.”

I feel sorry not only for Catherine but also for all the people who loved her. Please accept my condolences. 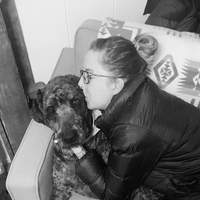 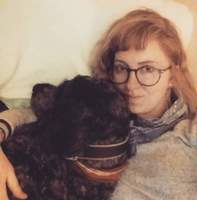 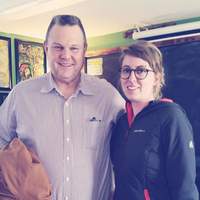