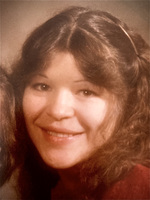 Dianne Lynn Walker Hoff passed away peacefully at her home on Wednesday, February 24, 2021.

Dianne was born in Rolla, Missouri on October 14, 1958 to Nila and Willis Walker. The Walker family moved frequently during Dianne’s childhood, as her father’s job took them to various states, eventually settling permanently in Billings, Montana. At sixteen Dianne moved to Missoula, MT, where she attended the University of Montana.

During her time at the university, Dianne met Raymond Hoff when she challenged him one evening to a game of foosball. In 1979, Ray and Dianne married and began raising a family, welcoming their first son, John, in 1980. Their second son, Dominick, followed in 1983. In 1984 they moved from Missoula to Lolo, MT, which is when Dianne first discovered her love and talent for designing houses as she crafted the blueprints for the house they built in Lolo. Their daughter Emily was born that year, followed by daughter Leanna in 1990.

Dianne was a devoted wife and mother, who loved to sew, bake, and spend time with her family. She was a fierce protector of her children, a formidable debate partner and it seemed like all animals loved her. Home renovation and improvement was Dianne’s passion, and she was proud when she was able to go back to school in her 30s, where she learned the skills she needed to earn a position as office manager at Pella Windows and Doors in Missoula. She loved her job and stayed with Pella for eighteen years, before retiring in 2013 for health reasons.

Raymond retired shortly after, and for the next few years they spent their days together, traveling and checking things off their bucket list. Dianne also reveled in being a grandmother, spending much of her time with her young grandsons, who brought her endless joy.

Dianne is survived by her loving husband, Raymond, and her four children: John Hoff, Dominick (Chelsea) Hoff, Emily Lynn, and Leanna Hoff, as well as her brother Bruce (Becki) Walker, her aunts Karen and Judy Walker and her two beloved grandchildren, Jacob and Evan Haacke.

In memorial, donations can be made to the Association for Frontotemporal Degeneration, at
theaftd.org.