To share your memory on the wall of Frances Rainey, sign in using one of the following options:

Provide comfort for the family of Frances Rainey with a meaningful gesture of sympathy.

Print
On February 17, Frances Alicia Rainey unexpectedly departed her earthly body and joined her father, brother, sister, and ancestors. Her departure leaves an open, raw, and sorrowful wound in those lives Fran has touched.

Fran is survived... Read More
On February 17, Frances Alicia Rainey unexpectedly departed her earthly body and joined her father, brother, sister, and ancestors. Her departure leaves an open, raw, and sorrowful wound in those lives Fran has touched.

Daughter of Jack and Edith Keogh, she was born and raised in Missoula, and graduated from Sentinel HS in 1974. Launching herself into a life of self and formal education from that point, Fran gathered information on and became proficient in eclectic fields including cosmetology school, para-legal, purchasing, interior design, personnel, and practice management. Sister of seven siblings, she helped all of them grow up in the Orchard Homes neighborhood.

Fran was married to Brad Soots of Portland, OR for a number of years, becoming Momma to Shelby, and “Momma Fran” to many of Shelby’s friends. Later she became the “Wiff” of Don Rainey. They complemented each other’s strengths, rounded off each other’s rough edges and as a mutually supportive force brought great joy and good into the worlds that they lived in.

Aunt Fran to many, loved by all, admired by most, she consistently met them where they were and came alongside them as a support. Friend of many she met, they first had to navigate the seemingly coarse exterior. Goddess to her coworkers, she adored them, and that feeling was mutual.

To many, Fran epitomized the label “GREAT.” She was revered as a great wife, great sister, great mother, great co-worker, great understanding aunt, great compassionate friend, and as a great advocate. Once Fran became aware of your plight, it became hers and she would bring all of her known resources to bear in resolving your problem, your dilemma, your life’s hiccup. Get out of the way, Fran was the arriving cavalry!

A celebration of Fran’s life will be on April 13th, 1:00 PM at the Sunset Memorial Funeral Home with Pastor Jack Runner officiating. Memorials can be made to Don Rainey, PO Box 17831, Missoula, MT 59808 for disbursement.
Read Less

We encourage you to share your most beloved memories of Frances here, so that the family and other loved ones can always see it. You can upload cherished photographs, or share your favorite stories, and can even comment on those shared by others.

Flowers were purchased for the family of Frances Rainey. Send Flowers

Posted Feb 23, 2019 at 12:27am
Lots of love to you all Aunt Eddie and cousins, she will be missed Love Patty(granddaughter of Nancy (Hallenius)Sanders, daughter of Betsy (Sanders) Abercrombie) Xander and Skye
Comment Share
Share via:
C 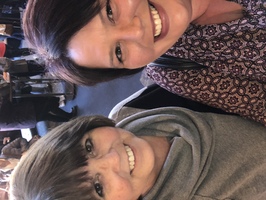 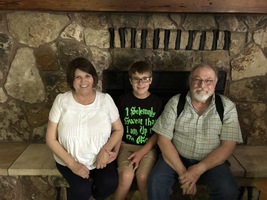 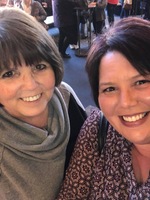