To share your memory on the wall of James Lofftus, sign in using one of the following options:

On December 1, 1956, Jim married Mathilda (Tillie) Viola Ebel in Missoula. Early in his career he worked in Fairbanks, Alaska; Hanford, Odessa, Vancouver, and Kent, Washington; and San Jose, California. The family returned to Missoula in 1963 where Jim worked on many construction projects including the former Horner Waldorf paper mill, the UM Mike Mansfield Library, Community Hospital, Bonner Mill, Louisiana Pacific particle board plant and numerous other construction projects throughout the area. Jim was a proud member of the International Brotherhood of Electrical Workers (IBEW) and served for a brief time as the Business Manager.

Jim and his family lived in the Target Range Trailer Court until they moved to Turah in 1972. Jim was very actively involved in the community throughout his life. He served as a volunteer firefighter and EMT with the Missoula Rural Fire District Station #4 (Piltzville) from May 1974 to June 1994. He also served on the Board of Trustees of the Missoula Rural Fire District from 1977 to 1997 serving as Board Chair several times. During this service he helped form the Montana Fire Districts Association. Being involved in the Democratic Party and a campaign supporter of the Governor enabled Jim and Tillie to attend the Governor’s Ball in 1969.

Jim and Tillie enjoyed their 50th anniversary trip to Hawaii so much that they made a second trip a few years later. He enjoyed reading, gardening and camping in his younger years. During retirement Jim and Tillie enjoyed photography and traveling throughout the western states especially to national parks including Yellowstone, Glacier, Zion, Yosemite, Craters of the Moon and Mount Rainier. Several of these trips were with their children and grandchildren. Highlights include getting a granddaughter kicked out of a Las Vegas casino and riding a narrow gauge railroad in Durango, CO. Jim and Tillie shared many of their memories of these trips by giving family members framed photos as gifts.

Cremation has taken place. There will be a memorial service on November 2nd at 1 pm at the Orchard Homes County Life Club at 2537 S 3rd Street in Missoula.
Read Less

To send flowers to the family or plant a tree in memory of James Allen "Jim" Lofftus, please visit our Heartfelt Sympathies Store.

Receive notifications about information and event scheduling for James

Provide comfort for the family with a meaningful gesture of sympathy.

We encourage you to share your most beloved memories of James here, so that the family and other loved ones can always see it. You can upload cherished photographs, or share your favorite stories, and can even comment on those shared by others. 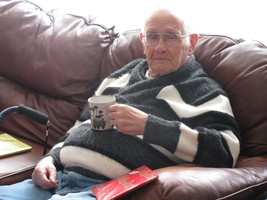