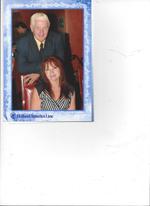 John William Appelt was born on July 12, 1941 to John and Mae Appelt in Oak Park, Illinois. He was very proud of his upbringing in the Catholic School system and graduated from Epiphany Grammar School and Saint Phillips High School in Chicago. John was thirteen when he began working at Kucera's grocery store delivering groceries.

Immediately upon graduation he enlisted in the United States Air Force for his service from May of 1960 to August 1964. He spent the majority of service in Rapid City, South Dakota as a Crash Rescue Airman where he began to purse his life's passion of being a firefighter.

Upon completing his service he returned to Chicago to continue his life's passion and served with distinction on the Chicago Fire Department from 1966 to 1978 as a fireman. During this time John met the love of his life Susan. They were married on June 14, 1973. Together they raised six children. During this time he also dually served on the Lake Zurich Police Department, as an officer. John and Susan made a life changing decision to leave Illinois and move to Montana to begin life anew. John was fascinated with the west. They moved the family to Huson for several years and they both worked very hard to raise their family. John owned and operated Huson Auto Body for nearly forty years. John found peace when he and Susan would visit the Southwestern part of the country, especially Monument Valley.
In September of 2018 John was diagnosed with Stage Four Cancer and with Susan by his side, fought his battle with the full force and vigor as which he lived his life. On Dec. 7, 2019, John was called home to heaven.

John is preceded in death by his parents and Uncle Andy. He is survived by his wife Susan, his sister, Janet, his children, Katherine, Matthew, Theresa, Richard, Louisa and John; twelve grandchildren and eleven great-grandchildren.

Services for John will be held at Living Savior Lutheran Church in Missoula at 11 am. on Saturday, Dec. 14, 2019. The internment will be at Sunset Memorial Gardens, followed by a reception at the Sunset Memorial Community Room at 1 p.m.
The family would really like to thank the oncology department and staff at St. Patrick Hospital who were so caring and compassionate as they helped him battle cancer.
Memorial contributions may be made in John's name to American Cancer Society or a veterans organization.