To share your memory on the wall of Jon Binney, sign in using one of the following options:

Print
The family of Jon Binney of Missoula is saddened to announce his sudden passing on August 10, 2020 at the age of 65.

Jon is survived by his mother Patricia Anderson (Rapid City, SD), his wife Brenda (Missoula), sons Trevor Binney (Helena... Read More
The family of Jon Binney of Missoula is saddened to announce his sudden passing on August 10, 2020 at the age of 65.

Jon was born to Arlis “Buck” and Pat Binney on August 8, 1955 in Deadwood, SD. As a youngster, Jon lived in Belle Fourche and graduated from high school at the top of his class. After high school, he went on to graduate from Southern Methodist University in Dallas, TX. Following SMU Jon attended Birmingham University in England where he was able to travel throughout Europe and Northern Africa. After returning to the states, Jon married Deb Dorland and the two made Missoula their home so Jon could attend law school. During Jon’s tenure at law school, his first two children Trevor and Marc were born. In 1990, Jon and Valerie Bashor welcomed Andrew. Jon’s family grew again in 1995 when he married Brenda Stephens Baker and embraced her children, Kristen, Stephen, and Bryce, as his own.

Jon was an avid sports fan and supported collegiate and professional sports in Missoula his entire adult life. Jon held season tickets to the Missoula Osprey beginning with their inaugural season in 1999 through their final season. He was also a diehard fan of all Griz sports, holding season tickets for football and basketball for decades. Not just a fan, Jon excelled in football and baseball from a young age. In his adult life, Jon participated in league bowling, softball, and spent a considerable amount of time on the golf course. Jon took great joy in teaching his kids the game of golf as well as spending quality time with friends on the course.

Jon was a longtime partner in Milodragovich, Dale, Steinbrenner, and Binney P.C. prior to opening his own law firm in 2007, where he practiced until the time of his passing.

Jon touched the lives of many in the community with his generosity and kindness. His joy for life and his wit always filled the room.

A celebration of Jon’s life will be held at Linda Vista Golf Course on September 13th at 2 PM. The course is located at 4915 Lower Miller Creek Rd, Missoula, MT. Memorial donations may be made to the American Heart Association or a charity of your choice in Jon’s name.
Read Less

Receive notifications about information and event scheduling for Jon

There are no events scheduled. You can still show your support by sending flowers directly to the family, or planting a memorial tree in memory of Jon Ronald Binney.
Plant a Tree

We encourage you to share your most beloved memories of Jon here, so that the family and other loved ones can always see it. You can upload cherished photographs, or share your favorite stories, and can even comment on those shared by others.

Posted Aug 27, 2020 at 04:43pm
Our prayers are with all of you. I can't imagine how very difficult this is. We last saw Jon at a Spring Training game in Arizona.

3 trees were planted in the memory of Jon Binney 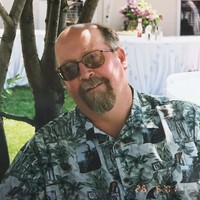