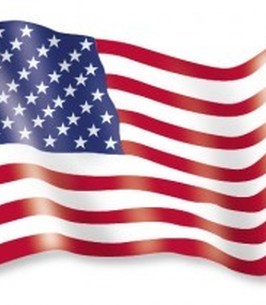 Share this tribute
Memorial Candles Lit for Joseph | SEE ALL
Light a Candle
"We are honored to provide this Book of Memories to the family."
— Sunset Cemetery Funeral Home and Crematory
Funeral Details Memory Wall Photos & Videos Send Flowers

Print
Longtime Missoula resident Joseph S. Rice passed away on Monday, Oct. 15, 2018, of natural causes. Joe was born March 6, 1927, in Bridgeport, West Virginia. The third of nine children, he spent his early years in and around Elkins, West Virginia. He graduated from Elkins High School in 1945. In October 1945 he joined the army. The war was winding down in 1946 and dad was discharged in November with an honorable discharge. He had intended to attend Johns Hopkins University and play football but a farming accident severely injured his right leg. The injury prevented him from playing football so he went to the University of West Virginia. While there, he worked hard and excelled at cross country running. Dad graduated from the university with a bachelor's degree in education. He taught elementary school for a couple years but soon realized that it wasn't his true calling. In May of 1950 dad married longtime sweetheart W. Jean Rice. They were married 37 years and had two boys Joseph D. (Iva) in 1951 and David B. (Gayla) in 1954. A daughter, Sherri (Chris) came along in 1960.

Joe got into explosive research and technology in the 1950s and followed the industry to California in 1959. After a few years in California dad decided that Montana was the right place to be, so in 1963 he moved the family to Missoula. They soon bought a small farm in the Target Range area and lived there for nearly 50 years. Joe was hired by the Montana Department of State Lands in the mid sixties and enjoyed working there until his retirement in 1986.

Dad was an avid hunter and fisherman. He learned his outdoor skills from his father E. Brooks Rice. Brooks was very safety conscious when it came to firearms. He taught Joe the firearm safety skills that would remain with him the rest of his life. Later, when living in Montana, dad became a hunter safety instructor and was soon chief instructor, a position he held for over forty years. After he retired he discovered the Rocky Mountain Elk Foundation. He spent many happy years volunteering in the mail room there. Family, hunter safety, and the elk foundation were the great passions of his life. He was also a proud lifelong member of the NRA. Additionally, he was a member of the Masonic Lodge, Toastmasters, and in earlier years the Boy Scouts of America.

Services will be held at Sunset Memorial Gardens chapel at 1 p.m. on Saturday, Oct. 20, 2018, with burial to follow at 2 p.m. Joe would greatly appreciate donations be made to The Rocky Mountain Elk Foundation or the Montana Safe Hunter program.


To send flowers to the family of Joseph S Rice, please visit our Heartfelt Sympathies Store.

We encourage you to share any memorable photos or stories about Joseph. All tributes placed on and purchased through this memorial website will remain on in perpetuity for future generations.