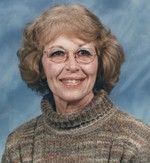 On the 4th of July 1941 Marthea Lowaine Norgard was born in Watford City ND. The first child of Andrew and Mabel Norgard, soon to follow were sister Lucille and brother James, they lived on the family farm just south of Arnegard, ND. Lowaine and her siblings attended school in Arnegard and after graduating, Lowaine went on to graduate with honors from Concordia College. Lowaine taught High School English and Typing classes in Popular, Montana. There she met, and married Nordine Lee on Christmas day in 1967. In October of 1969 they welcomed their only Son Erik, and in 1971 they moved to Missoula and eventually moved to the family home on Arrowhead Drive in 1973 where Lowaine still lived today until her death on October 23rd 2019
After 12 years of marriage, Lowaine and Nordine separated. In 1980 she began working for Missoula County in the Commissioner’s Office, she truly loved the excitement and meeting and dealing with all the characters the county had to offer. After 26 years she retired in 2006. She was always very active with her gardening producing many blue ribbons at the county fair over the years. She was an active member of Atonement Lutheran Church, where she was involved with many different church groups and enjoyed being on the counting committee every Monday. Lowaine was also an active volunteer at the Humane Society of Western Montana, in which her and granddaughter Nikki helped with many different fundraisers and clinics. Sometimes her and Nikki would just go out and spend an afternoon weeding flowers beds or walking dogs.
In 1992, Erik and Brandi were married and in 1994 they welcomed Lowaines first grandchild, Nikki Jeane. Grandma Lowaine and Nikki had many adventures, whether it was going for ice cream or walking the dogs to Wapikya park to play on the swings. In 1997 Erik and Brandi had a son, Zakary Martin and Grandma Lowaine had her hands full with 2 grandchildren but still had many adventures. Both kids loved grandma’s dogs, which sometimes outnumbered the kids, but the 3 of them always managed to walk all the dogs to the park to play. Grandma always enjoyed her time with the kids even as they grew older and went to school and eventually college. In September of 2018, Nikki married Nick Pastian, and Lowaine had a wonderful time at the wedding with family and friends, she said it was like a mini family reunion, she was still talking about it a year later.
Lowaine was preceded in death by her parents Andrew and Mabel Norgard, and her Uncle William Norgard.
Lowaine is survived by her sister Lucy (Charles) Rotzien, Grand Forks, ND. Brother Jim (Carol) Norgard, Fargo, ND. Son Erik (Brandi) Lee, Missoula. Grandchildren Nikki (Nick) Pastian, Florence. Zakary Lee of Missoula. As well as many nieces and nephews and friends.