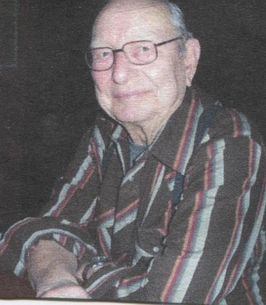 Share this tribute
Memorial Candles Lit for Raymond | SEE ALL
Light a Candle
"We are honored to provide this Book of Memories to the family."
— Sunset Cemetery Funeral Home and Crematory
Funeral Details Memory Wall Photos & Videos Send Flowers

Print
Raymond Merle Erickson, 89, passed away September 24, 2018, of natural causes. Ray was born to Clarence and Evelyn Erickson in Bowman, North Dakota, on February 24, 1929. After growing up in Bowman he joined the U.S. Army and served two years in the Korean War. He married Sheila Colgrove in 1954. Shortly after, Ray and Sheila started a family and moved to Missoula where he began his truck driving career working for Consolidated Freightways. Ray also drove for Davis Brothers, Sammons Trucking and then seasonally for JTL after retirement. He was especially proud of his many safe driving awards.

Ray's greatest joy was taking care of his home. He could always be seen mowing the yard, spending time in the garden or tinkering in the garage. Ray also loved to cook, bake, and can the vegetables from his garden. He always came bearing homemade gifts from that special bottle of wine to his last jar of pickles. Ray was strong, stubborn, and one of a kind.

Ray was preceded in death by his wife Sheila and daughter Jill. He is survived by his daughter Rhonda Tabish; son Dennis Erickson and his husband Jaye Karsa; granddaughter Lindsay Hartwell and her husband Brandon; grandson Tyler Tabish and his wife Lyndsey; great grandchildren Haden, June, Aubrey and Ruby. Ray is also survived by his sister Betty Broston and her husband Einer; his brother Herb and his wife Sheala.

A heartfelt thanks is extended to Brookdale Missoula Valley. The compassion and care they provided to Ray and our family was indescribable.

To send flowers to the family of Raymond M Erickson, please visit our Heartfelt Sympathies Store.

We encourage you to share any memorable photos or stories about Raymond. All tributes placed on and purchased through this memorial website will remain on in perpetuity for future generations.