To share your memory on the wall of Roger Hetrick , sign in using one of the following options:

Receive notifications about information and event scheduling for Roger

There are no events scheduled. You can still show your support by sending flowers directly to the family, or planting a memorial tree in memory of Roger S. Hetrick .
Plant a Tree

We encourage you to share your most beloved memories of Roger here, so that the family and other loved ones can always see it. You can upload cherished photographs, or share your favorite stories, and can even comment on those shared by others.

Posted Oct 26, 2019 at 05:06pm
Cannot say how much Roger meant to me. He was, without a doubt, the kindest and genuine man I ever knew. We could talk religion and politics
with both of us always on the same page. Every once in awhile he would upset over something and the temper would flare....but it never lasted very
long. I must say that he became a very close friend in the short 13 years that I knew him. Rest In Peace Roger....Will see you j
Comment Share
Share via: 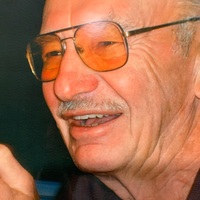