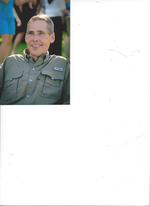 Steven Joseph DeMers, 63, of Missoula, Montana, passed away at home surrounded by
his family on November 21st, 2019. He is loved and will be missed.
Steve fought a brave battle against cancer. Steve, known as “Dumper” or “The Dump”
to his close friends, was born in Missoula, Montana on March 12, 1956 to Raymond Joseph and
Ethna “Jo” DeMers. He was the middle child of three with his older brother Benny Ray DeMers
and younger sister Sharon Mae DeMers.
Growing up in Milltown enabled Steve to play in the mountains of Montana, which
developed into a lifelong love of the outdoors. Steve’s brother and friend “Benjo” reminds us
that Steve is present on every ridge, deep draw, jeep trail, and fishing stream.
Steve graduated from Bonner School in 1970 and from Sentinel High School in 1974.
After leading the Lumberjacks to at least one Copper League Championship, he was a two-time
all-state basketball player for Coach Bob Luoma of Sentinel. He helped lead Sentinel to State
AA basketball championships in 1972 and 1973. Those were the last back-to-back titles for a
Missoula boys’ basketball team. With his 6’5” height and incredible arm span, defenders found
it near impossible to get passed the wall in front of them. Steve was named to the All-America
Basketball squad for the 1973-74 season.
Missoula fans remember watching the DeMers brothers and the Sentinel Spartans play
in the University of Montana field house. The Sentinel gym lacked the capacity to hold all the
fans. During his senior year at Sentinel, Steve aka “Stevie Wonder” was the desire of many top
college basketball programs in the country. The Missoula community rallied together to
encourage him to stay by making “KSIM” pins, or, “Keep Steve in Missoula”. This act, and
Steve’s love for his family and hometown, motivated him to sign with the University of Montana
Grizzlies. He played for Jud Heathcote’s Grizzlies as a freshman before a knee injury at the
start of his sophomore season required surgery and eventually ended his playing career.
Steve’s 1974-1975 Grizzly basketball team won their first ever Big Sky title for Grizzly basketball
and made it to the “Sweet 16” in the NCAA basketball tournament. This team was inducted into
the University of Montana athletic Hall Of Fame in 2010.
Upon finishing his basketball career, Steve started working at Champion Lumber
Company in Bonner, MT and later at Stimson Lumber Company, for a total of 32 years. His
smile, ability to make others laugh, work ethic and positive attitude will be remembered. Some
of his best friendships were developed on the green chain, spreaders, or in the glue room.
Steve enriched our lives, and always made supporting his friends and family a priority.
Steve’s most life-altering day at the mill was when he offered Gina McDowell a slice of
his orange at the drinking fountain. The next forty years were filled with love, adventure, family,
and faith with his best friend Gina. Their love is eternal.
Steven Joseph DeMers and Gina Lynn McDowell were married September 7, 1979 and
over the next five years, welcomed three children Joscelyn Lynn, Jared Joseph, and Erica Ann.
Steve went from an All-American basketball star to an All-Star dad and husband. Steve
coached many sports, was a strong listener, and gave sound advice. He was a devoted, loving,
proud, and present husband, father, grandfather and friend.
Steve shared love, compassion, and faith with his family. Throughout his life, he always
trusted in God. He believed in heaven and that is where he will spend eternity. His leadership
in faith and worship continues to bind his family together.
Steve walked through life with integrity and grace, never once did his faith or love falter.
Steve was preceded in death by his father Raymond DeMers, uncle Rollin DeMers,
father-in-law Richard McDowell, sister-in-law Gail Crane, and nephew Eric DeMers.
He is survived by wife Gina DeMers, mother Ethna “Jo” DeMers, brother Ben DeMers
(wife Susan, nephew Bryce, niece Kari), sister Sharon DeMers, and his three children: Joscelyn
Walker, Jared DeMers, and Erica Samuela. He felt blessed with the addition of three children
by marriage: Zach Walker, Kara DeMers (Bray), and Manu Samuela, and seven grandchildren:
Taylor Walker, Dillon Walker, Dmitri DeMers, Sophie DeMers, Tahina Samuela, Leilani
Samuela, and Kiahna Samuela. He also leaves mother-in-law Shirley Noll, brother-in-law Gary
McDowell (wife Katie, niece Sunnie, nephew Trent), and brother-in-law Howard Crane (niece
Ashley, nephew Benjamin). He leaves behind many loved family and friends.
Steve’s family would like to thank the community, St. Patrick Hospital medical staff, and
especially “The Posse” for their love and support.
Please join us for a memorial service and celebration of Steve’s life on Saturday,
November 30 at 11:00am at Christian Life Center, 3801 S. Russell Street Missoula, Montana. A
reception will follow, and burial at Sunset Memorial Gardens. In lieu of flowers, please consider
donating to The Payden Memorial Foundation for Kids with Cancer in Montana (payden.org) in
his memory.