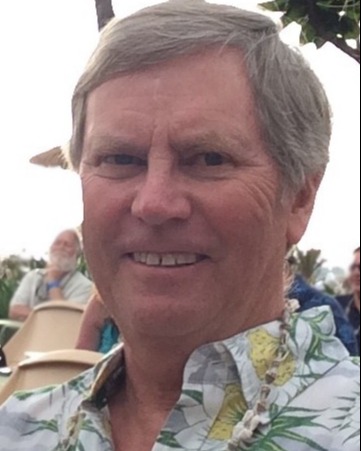 MISSOULA ~ Scott Allen Clarke, 75, of Missoula, passed away on Thursday, January 5, 2023 at Community Medical Center. Even after being diagnosed with cancer and Parkinson’s, he showed a strong determination to fight to the end.

He was born May 20, 1947, in Helena, to Martin “Cookie” and Vera Clarke. He had two older siblings, Sue and Keith, and one younger sister, Marti. Growing up, he had an extended family close by, including grandmothers, who were a big part of his life. Scott graduated from Helena High School in 1965, as a good student who excelled as a runner. He enjoyed the mountains nearby, was an avid lifelong skier, loved dogs, and enjoyed summer fun at the family cabin on Canyon Ferry Lake.

Scott graduated from Rocky Mountain College in 1969 with a degree in Business and Economics. During his college years he made lifelong friends in Jim “City” Johnson, and John “Dude” Dudis. He later attended Pacific Lutheran University in Tacoma, WA, obtaining a Master’s degree in Public Administration, in 1977.

During his employment in Helena, he met Carol Johnston, and they were married on August 10, 1974. They were lifelong partners, having two children, Kevin and Stacy. Due to his work with the Montana Job Service, the family relocated to Libby, then briefly back to Helena, then to Butte, before settling down in Kalispell in 1987.

Aside from his work in Kalispell, Scott was very involved in Flathead Valley soccer programs, not only as a parent of players, but also as a coach, and referee. He also, like his father, enjoyed golfing, and would go out on weekends with his kids.

Later, he also worked for Head Start non-profit in both Kalispell, and Idaho, having relocated to Liberty Lake, WA. In 2006, they moved to Austin, TX, where he found work with the IRS, enjoyed the music scene, warm weather and breakfast tacos. His work for the IRS brought them back to MT in 2010, and he retired in Missoula.

Scott spent his retirement enjoying concerts from his favorite music groups, and traveling, often to Cabo San Lucas, and Hawaii, and of course to see his kids in Seattle.

Scott was preceded in death by his parents and his two older siblings. He is survived by his wife Carol, Missoula; two children, son Kevin (Sophie Ceneray) and daughter Stacy (Jesse Bommarito) of Seattle; his sister Marti (Kit) Johnson of Helena; and numerous extended family members and many close friends; who love and miss him.

A celebration of Scott’s life will be held at a later time for family and friends to share memories and stories.

To send flowers to the family in memory of Scott Allen Clarke, please visit our flower store.